​During the next few weeks, I want to have a look into the "golden rules" of famous traders with the idea, to find something they all have in common.

I am starting with Paul Tudor Jones. Here, what I found in Wikipedia about him:

As of November 2019, Forbes Magazine estimated his net worth to be US$5.1 billion, making him the 343rd richest person on the Forbes 400 and the 7th highest-earning hedge fund manager. He is known for his large-scale philanthropy and, eight years after founding his hedge fund, he founded the Robin Hood Foundation, which focuses on poverty reduction. 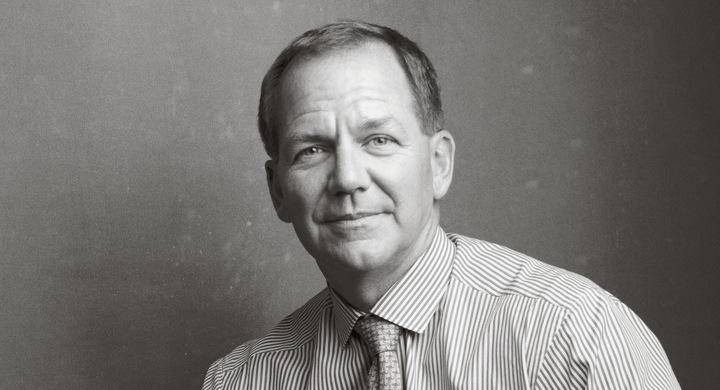 The following are quotes I found on the internet:

1) "If I have positions going against me, I get out; if they are going for me, I keep them."

That's the typical "get out of losing trades quickly and let the winners run" advice we've heard very often.

Personally, I think this is an important one when it comes to money and risk management. Very often by nature, we might react differently: increasing the lot size when we are losing to "make back" the losses. But we all know, this usually leads to larger losses.

We have all been there: "I know that I am right and I don't let the market stopping me out of the trade. Better I buy a few more contracts at the cheaper level, then we will see who's right!"

The problem of this "strategy" is, that's working quite often until one day we loose a big chunk of out trading account.

4) "I believe the very best money is to be made at market turns."

That's very different to what we hear by most traders who tell us, that the best money is to be made by not trying to catch market lows or highs. Interesting, isn't it?

In my opinion, a good trade should move immediately into my direction. If not, then my timing was wrong and I better get out.

6) "Don't focus on making money; focus on protecting what you have."

This is an important one to me and believe me, I've been there several times. Losing everything I've made in several weeks in just a few minutes. And I know, you've been there, too.

I like this quote a lot to be honest. In another post he says, that he is looking for a 5:1 win:loss ratio because even an imbecile can make money this way. I love this quote! :-)

8) "At the end of the day, your job is to buy what goes up and to sell what goes down."

Agree! Trading is actually very easy. It is just very hard to do!

9) "You always want to be with whatever the predominant trend is."

Interesting because together with quote 4) it means he is actually looking into different time-frames. A longer time-frame to see the overall trend and a second one to time the turning points (into the direction of the longer time frame).

Paul Tudor Jones is known to have huge confidence in what he is doing, but he knows that he can not have an ego when it comes to trading.

He was asked once what makes him such a good trader and he answered: "When I am having a loss, I can put the bad feeling aside almost immediately and keep on trading as nothing happened." I admire such a personality to be honest because losing trades still bother me a lot and it takes some time for me to get my feeling back to neutral.

Andy Jordan Educator for Futures Trading Strategies on Spreads, Options, Swing/Day Trading, and Editor of Traders Notebook. You can read my bio by following this link.

No comments made yet. Be the first to submit a comment

By accepting you will be accessing a service provided by a third-party external to https://tradingeducators.com/

Receive a series of lessons including two FREE eBooks that brought Joe Ross his success in trading all markets: the Law of Charts™ (TLOC) & Traders Trick Entry (TTE). Also, learn the finer details of trading from our three Master Traders in our free weekly Chart Scan Newsletter, and more! We will not sell, rent, or trade your information.

"Teach our students the truth in trading — teach them how to trade," and "Give them a way to earn while they learn — realizing that it takes time to develop a successful trader."

Derivative transactions, including futures, are complex and carry a high degree of risk. They are intended for sophisticated investors and are not suitable for everyone. There are numerous other factors related to the markets in general or to the implementation of any specific trading program which cannot be fully accounted for in the preparation of hypothetical performance results, and all of which can adversely affect actual trading results. For more information, see the Risk Disclosure Statement for Futures and Options.