What kinds of emotions go with winning and losing?

When on the losing side of a trade, the breakeven point is a place that inspires hope. Being human we have a natural tendency to avoid risk and loss. When in the agony of a losing trade, we tend to hold on and hope that the losing trade will turn around and return to the breakeven point, where there may be no profits, but at least there are no losses. But hoping often leads to losses in the end. Hope has no place in making trading decisions. The entry point and the protective stop should be determined before putting on a trade. When this is done properly, there is no reason to let hope, or any other emotion, influence your trading decisions. You should trade almost mechanically. If the trade goes against you, simply exit once the stop price is hit. Don't let hope play a role in your trading plan. There are many good reasons to cut your losses, rather than hope for the losing trade to turn around.

The point of view a trader has from a winning trade is quite different. When in a winning trade, a lot of traders tend to take all their profits too early, again because they are averse to risk and potential loss. By exiting the entire position too early they don't let their profits run. This limits the size of the winning trades, so that across a series of trades, the overall profit is greatly lessened. But there's a way to lock in profits, let the trade run a little longer, and pile on a little more profit. Once the profit exceeds the initial stake, a stop can be placed at the breakeven point. This strategy lets you lock in some initial profits while virtually eliminating risk. The most you can lose is commission costs. Besides reducing financial risk, the emotional stress is also eliminated. And reduced stress means you can evaluate the bigger picture more objectively.

Unfortunately, many novice traders are so consumed with capturing a profit and showing a good profit/loss statement that they cannot follow through with moving the stop to the breakeven point. They feel the strategy inhibits them and may limit their potential profits. They wrestle with moving the stop back to its original point, where they entered, or simply canceling it altogether. This can be disastrous to a trading account. Stops should never be changed to a more harmful position or canceled altogether. Such practices will stir up emotions that adversely affect trading decisions, and eventually lead to the end of a trading career. Discipline is always the best strategy.

There is an exception to allowing winning trades to run. That exception takes place in the situation where testing and research indicate that the best result will be realized by scalping—taking all profits at a specified objective. Breakeven enters the picture only between entry and the realization of the scalping objective. 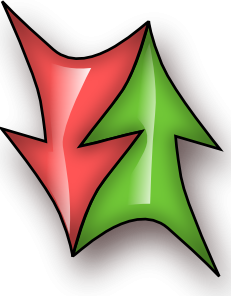 Andy Jordan Educator for Futures Trading Strategies on Spreads, Options, Swing/Day Trading, and Editor of Traders Notebook. You can read my bio by following this link.

Thanks for great information you write it very clean. I am very lucky to get this tips from you.
https://blog.mindvalley.com/types-of-emotions/

0 Cancel Reply
Thanks for great information you write it very clean. I am very lucky to get this tips from you. https://blog.mindvalley.com/types-of-emotions/
Cancel Update Comment
1

Receive a series of lessons including two FREE eBooks that brought Joe Ross his success in trading all markets: the Law of Charts™ (TLOC) & Traders Trick Entry (TTE). Also, learn the finer details of trading from our three Master Traders in our free weekly Chart Scan Newsletter, and more! We will not sell, rent, or trade your information.

"Teach our students the truth in trading - teach them how to trade," and "Give them a way to earn while they learn - realizing that it takes time to develop a successful trader."

Derivative transactions, including futures, are complex and carry a high degree of risk. They are intended for sophisticated investors and are not suitable for everyone. There are numerous other factors related to the markets in general or to the implementation of any specific trading program which cannot be fully accounted for in the preparation of hypothetical performance results, and all of which can adversely affect actual trading results. For more information, see the Risk Disclosure Statement for Futures and Options.